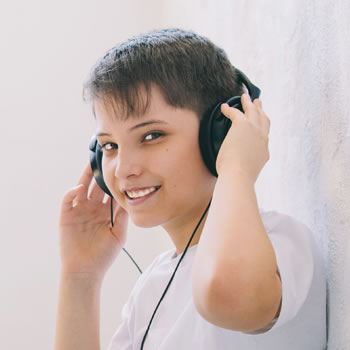 What is craniofacial surgery?

As a member of a craniofacial team, the craniofacial surgeon works to restore the jaw and facial structures, with the goal of restoring normal function and appearance. This includes surgical treatment of the position of the jaws, and pre- and post-operative treatment of jaw surgery.

During early pregnancy, separate areas of the face develop individually and then join together, including the left and right sides of the roof of the mouth and lips. However, if some parts do not join properly, sections don’t meet and the result is a cleft palate. If the separation occurs in the upper lip, the child is said to have a cleft lip.

A completely formed lip is important not only for a normal facial appearance but also for sucking and to form certain sounds made during speech. A cleft lip is a condition that creates an opening in the upper lip between the mouth and nose. It looks as though there is a split in the lip. It can range from a slight notch in the colored portion of the lip to complete separation in one or both sides of the lip extending up and into the nose. A cleft on one side is called a unilateral cleft. If a cleft occurs on both sides, it is called a bilateral cleft.

A cleft in the gum may occur in association with a cleft lip. This may range from a small notch in the gum to a complete division of the gum into separate parts. A similar defect in the roof of the mouth is called a cleft palate.

Sometimes a baby with a cleft palate may have a small chin and a few babies with this combination may have difficulties with breathing easily. This condition may be called Pierre Robin sequence.

Since the lip and palate develop separately, it is possible for a child to be born with a cleft lip, palate or both. Cleft defects occur in about one out of every 800 babies.

Children born with either or both of these conditions usually need the skills of several professionals to manage the problems associated with the defect such as feeding, speech, hearing and psychological development. In most cases, surgery is recommended. When surgery is done by an experienced, qualified oral and maxillofacial surgeons such as our doctors the results can be quite positive.

Although there are certainly aesthetic considerations associated with cleft lip and palate, having this birth defect can affect people in more serious ways.

The treatment for cleft lip and palate is most likely surgery. This is where your craniofacial surgeon and team of specialists come in. Depending on the severity of the case, more than one surgery may be necessary.

In children, surgery for cleft lip usually takes place between three and six months of age. The cleft hard palate is generally repaired between the ages of 8 and 12 when the cuspid teeth begin to develop. The procedure involves placement of bone from the hip into the bony defect, and closure of the communication from the nose to the gum tissue in three layers. It may also be performed in teenagers and adults as an individual procedure or combined with corrective jaw surgery.

The major goals of surgery are to:

Early corrective surgery can have tremendous positive impact on children with craniofacial syndromes and birth defects.

13 years after being struck by a baseball bat.

Patient 6 days after reconstruction of forehead

with titanium mesh and hydroxyapatite.

Being born with a normal-appearing face is something we often take for granted, but for some unfortunate children this is not the case. There are a great variety of craniofacial syndromes and birth defects that can occur ranging from cleft lip and palate to afflictions such as Crouzon’s or Treacher Collins Syndrome. These disfiguring facial birth defects have great effect not only on a child’s appearance but on his or her function, psychological development, and well being.

Early corrective surgery can have a tremendous positive impact on these children. Our doctors are experienced in treating the most severe craniofacial deformities and have been featured on the local, national, and international news for surgery performed on a 5 year old child with craniofacial microsomia utilizing computer-generated stereolithographic models to plan the surgery. Using a computer-generated 3-D model the doctors were able to actually perform the skeletal surgery on the model and shape the titanium bone plates that hold the bones together before even entering the operating room. Dr. Bianchi, Dr. Nordone, Dr. Kanter, Dr. Huffman, Dr. Kern, Dr. Schlesinger and Dr. Ilacqua are members of the multidisciplinary cleft palate-craniofacial team at St. Christopher’s Hospital for Children which allows their patients access to a team of the most experienced professionals from various medical and allied health specialties to deal with these complex problems.

Either through accident or illness such as benign or malignant facial or jaw tumors, many patients can present with disfiguring and debilitating facial defects. Our doctors have a great deal of experience in facial and jaw reconstructive surgery for patients with these difficult problems. Such post traumatic or post tumor resection deformities often require extensive soft tissue and bone graft reconstruction to replace missing anatomic structures and restore function.

Oral and Maxillofacial surgeons, such as our doctors offer a unique perspective as they are as much concerned with excellent function as well as the overall aesthetic appearance of the face and jaws of their patients. The doctors are well versed in the latest technology available for facial reconstructive surgery. Such techniques include craniofacial implants which utilizes techniques learned from years of placing dental implants to actually replace missing parts of the facial anatomy (i.e. ears, nose, and eyes).